Awakening From Slumber: Ten Years After The Financial Crisis

Ten years ago I was in Rome and passed a shop on Via del Corso that sold crystal balls.  If I 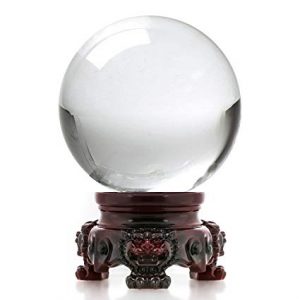 could have figured out how to bring one home without setting off airport security, I would have picked one up for the office. Then when you ask me what I think will happen in the market, I can point you to my little Roman souvenir and you will be able to see the future as well as I can.

One of the closest things I have to a crystal ball is my relationship with PIMCO. In addition to being the largest bond manager in the world, PIMCO has the biggest and most geographically widespread research team I know. Most of you who work with me hold at least one PIMCO fund in your portfolio. Even if you don’t, you have heard of their research: they were the folks who came up with The New Normal to describe economic and financial life after the Great Recession. (And which you are likely using to describe any number of new trends in your own life.)

Each year, PIMCO holds its Secular Forum, a gathering of its internal investment professionals along with guest speakers to discuss and debate the state of the global economy and markets over the next three to five years. Like much of PIMCO’s team, my background is in bonds as well, in markets for which critical to understand not only an individual issuer’s ability to repay a debt, but also the longer-term trends that will affect its ability to do so. As part of PIMCO’s investment process, its Secular Forum is designed to promote new ideas and differing points of view, to look into the future for the trends they believe will have important investment implications. They meet, then they publish their results for their advisory firm clients.

The title of this year’s look at 2018 and beyond is called “Rude Awakenings.” That gives you an idea of where we are headed.

The Great Recession: Ten Years Later
After The New Normal, PIMCO dubbed the last five years (2014-2018) the “New Neutral.” This moniker described the low growth, low interest rate environment we found ourselves in world-wide, chugging along without much economic change, with your savings accounts earning next to nothing, but overall slow and steady growth in the economy.

PIMCO predicts our economy will be more volatile over the next several years than this past New Neutral period, and the global political environment will be rockier as well. Nations which worked together to combat the aftermath of the Financial Crisis are showing nationalistic tendencies, meaning it may be every-nation-for-itself when the downturn comes. Neutral no longer, we will need to be prepared for Rude Awakenings. We will need to be flexible, to be able to respond to changing conditions, and to take advantage of opportunities in the investment landscape as they present themselves.

Here are four of the Rudest Awakenings we can expect:

Rude Awakening #1: You expect the same stock market growth in the next 10 years that we’ve had since the Financial Crisis. The big question many of us are struggling with is the state of the business cycle, and when we will shift from expansion and growth to contraction and recession. PIMCO’s research points to a good chance of recession in the next three to five years, most likely sooner rather than later. It’s surprised many of us that the stock market continues to be supported at its current level.

PIMCO forecasts a downturn in 2020, though they note it could be a little later due to government spending (fiscal stimulus) on infrastructure, which means more jobs and economic growth. But because this type of deficit-spending is coming at a time late in the economic cycle when we have very low unemployment, PIMCO calls this stimulus a “fiscal sugar rush.” The “sugar rush” is the artificial high that comes from spending money we don’t have (deficit spending, thanks to tax law changes) on roads, bridges, and the like and risking overheating the economy when unemployment is already so low. This type of stimulus tends to be an expansion-killer as debt levels become unsustainable, and spending that creates deficits increases uncertainty that PIMCO believes is not yet reflected in the stock market. Any of you with kids know how bad the crash can be after a sugar binge.

The things that most affect the timing of the recession are what the Federal Reserve does to manage inflation, whether we get a rise in worker productivity, and whether the current trade spat turns into a full-fledged war.

Technology-driven productivity growth could extend the current period of expansion, pushing out the recession to a later year. But technology can also be disruptive to markets and the economy. In the case of new technologies, these have an additional impact on legacy companies: think Amazon and every bookstore chain you’ve ever known. New technologies often disrupt industries and displace/replace workers. This higher “technological unemployment” can lead to a populist reaction, and we’ve seen a snippet of what populist sentiment can reap in a number of countries, the US included.

Rude Awakening #3: Populism doesn’t seem to have much impact on the economy Whatever you might think about the current US administration, the American version of populism has been well-liked by financial markets. But expect a different flavor of populism if we hit a recession: Expect a more radical populism that demands redistribution of wealth or income tax increases, nationalization of key industries, and/or a protectionist trade policy.  Italy is serving up an early 21st century version today, where we’re seeing a widespread populist reaction to world events.

Rude Awakening #4: Protectionist trade policy will level the playing field for US goods PIMCO considers China to be less of a risk to the global economy now than previously, as they have re-centralized power and are exerting more control over their economy; they are less of a loose cannon now. That said, tensions over the trade imbalance with the US and over intellectual property rights are growing. PIMCO sees the US-China smackdown as the Rising Power vs. Ruling Power WWF fight of our time: In ancient times, Athens challenged Sparta, in the last century, Germany challenged Britain. Neither of these bouts ended well for the challenger, but there was a whole lot of disruption to global economic systems. China’s challenge to the US as the world’s pre-eminent power is not expected to lead to armed conflict but could lead to rude awakenings on the geopolitical front. Not even a month after PIMCO’s Secular Forum, it appears this expectation of disruption is becoming reality with escalating trade tariffs.

What Will this Next Recession Look Like?
If the future plays out in these ways, what kind of recession will we be waking up to find? The expectation is that this time, the downturn will be shallower and longer than it was in the Great Recession (December 2007-June 2009). Two things that are different now are that (1) it’s hard to rely on central banks to ride to the rescue this time, and (2) we have much greater economic inequality worldwide. The first issue means we won’t have the same solutions we had during the last downturn to help avoid a global economic meltdown, and the second issue means that more people could be affected in this next time, with seriously frayed social safety nets and little protection against great economic harm.

What To Do?
So now that I’ve given you lots over which you can lose sleep, what are you supposed to do about it? How you can prepare? Consider the following:

• Get serious about paying off debt. Whether it’s credit card balances, a home equity line of credit or other non-mortgage borrowing. The next year or two is the time to get serious about paying it down. It’s going to cost you more in interest as the months go by, and you might need that debt capacity if things hit the skids.

• Build up your cash reserve. If you’re working with me, I’ve already bored you with the fat cash balance I think you should have in reserve. For the rest of you: plan on setting aside a minimum of six months’ worth of expenses (12 months if you are self-employed) in a savings account, or a couple of CDs.

• Start setting aside funds for planned major purchases.  You could end up getting them for cheap. One of the things about a recession is that overcapacity as the economy winds down means many goods such as cars and other big ticket items go on sale, and start to come on the market at better prices. If you can, maybe wait to 2019 or 2020 to pick up a new car or major household appliances for less.

• Work on pink slip-proofing your job. You know you are doing a great job at work, but you will need to make sure others know, too. No one is immune to job loss, and if you think you’re high enough up on the food chain to avoid being sent packing, remember from the company’s perspective, getting rid of you means getting rid of your big comp package too.

• Retirees need to re-assess their asset allocation. -With the next recession expected to be shallower but longer than previous ones, that means arranging your resources so that you’re not having to liquidate anything at an inopportune time. If you’re working with me, we’re building “buckets” of assets to protect your retirement draws three to five years from now. Going forward, structuring this protection becomes even more important.

• Consider stockpiling your resources for charitable giving.  Our social safety net is more frayed now than it has been before, and when the recession comes, more people will need help. Demand on charity will be greater, just at a time when donors are more strapped, too. If you are charitably inclined, using a donor-advised fund to accelerate the tax benefit of your contributions is one way to stockpile funds to donate when needed over the coming years.

• Take this time to reflect on what’s really important to you. This is my standard refrain. When times are good, it’s often easy to drift towards all things bright and shiny and to forget about the warm and wonderful: the people you love, the things you like to do, the experiences you want to have. It’s also a hard time to put off gratification when it seems like the whole world is on a shopping spree (they are, but it will more than likely come to no good end.)

In our always-changing world, it should come as no surprise that the next ten years will look very different from the last ten. Best we can tell, you can expect more volatility, and be prepared for a recession in the near term. The timing of a downturn is always a confluence of events that are not hard to see but whose coming together is difficult to predict. In the meantime, be cautious about getting overextended — whether stretching financially to buy a new house or taking on other debt to finance spending — and be mindful about maintaining or stockpiling a cash reserve.

Remember that there are limits to the things you can control, and the trajectory of our global economy is not one of them. Consider what you can do on the list above, and then go out and enjoy the rest of life: take a walk, see friends, hug your dog, hang out with family. These things you can do something about, and ultimately they are what really matter as well.